How To Cold Smoke Bacon

My friend visited for a BBQ. He brought with him a thick pork belly that had already been skinned and weighed about 5.9Kgs

This is the thickest belly I’ve ever seen around.

I cut the belly into three slabs that are about the same size. I packed them since they were too large for zip lock bags. I weighed them out and used the bacon calculator to combine cure #1, salt, and sugar.

After that, I added 1/8 cup of granulated garlic, granulated onion, and black pepper to each bag.

I placed the slabs in the bags, then poured the cure solution into the belly and rubbed it in.

I vacuumed them and stored them in the refrigerator for 14 days.

Every day, I turned them over and massaged them. They are ready to breathe fresh air after 14 days.

The next step is to wash them. I recommend doing a fry test to check the salt level at this stage. If everything seems OK, go on to the drying step. If it appears excessively salty to you, immerse it in cold water and chill it for a couple of hours before tasting it again.

This one was soaked for 8 hours by me, but that may be too long for most people. I believe most men skip this step and do not wet their bellies at all. I’ve tried it that way, and it’s much too salty for us. As a result, we soak. You must ensure that they are entirely immersed.

Into the fridge, it goes. Remove them from the water, dry them off, and place them in the fridge to dry for four days, uncovered. They are now ready to smoke.

Allow her to go wild! `I turned on a low-speed fan on the cold smoker and opened the ash pan approximately 1/2 inch to get a decent airflow flowing.

I also added weight to the lid, which tends to leak smoke.

I cold-smoked them for 10 hours with applewood until they were a good colour and had enough smoke.

Return to the fridge for another four days. They are ready to slice after four days. Before slicing them, I placed them in the freezer for 2 hours. I’m a little obsessed with slicing bacon against the grain. Because the grain on each slab runs in various directions, I sliced it against the grain until it changed, then cut it the other way.

I chopped up 10 pounds of bacon for the freezer and left some out for a couple of BLT sandwiches. I also had some bean soup leftovers.

We prefer to roast the bacon in the oven for BLTs. I packed the remainder of the bacon to freezing while it was cooking.

Judy had to bake some bread for the BLTs, too. BLTs aren’t complete without some good old-fashioned white bread.

The bacon has finished cooking and has been removed from the oven.

I’m putting together a sammie. Toss the bread with the toppings and toast it. 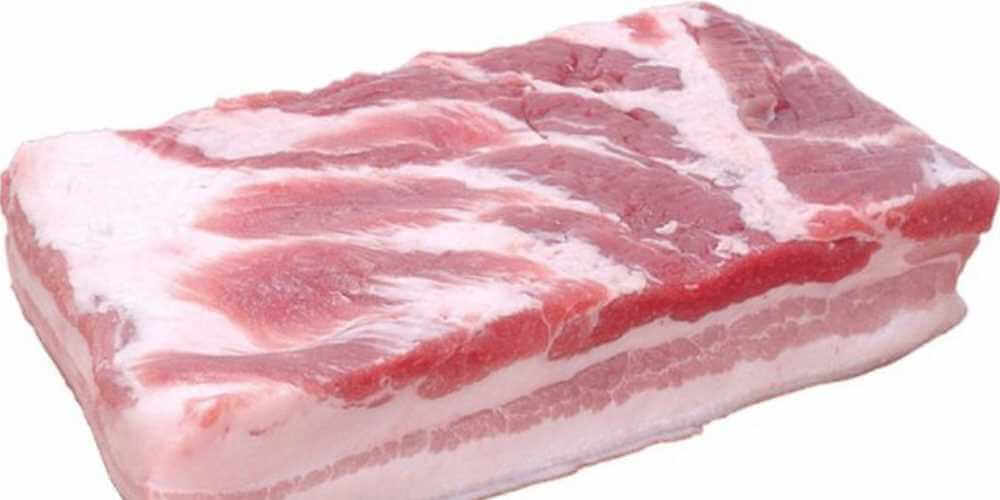 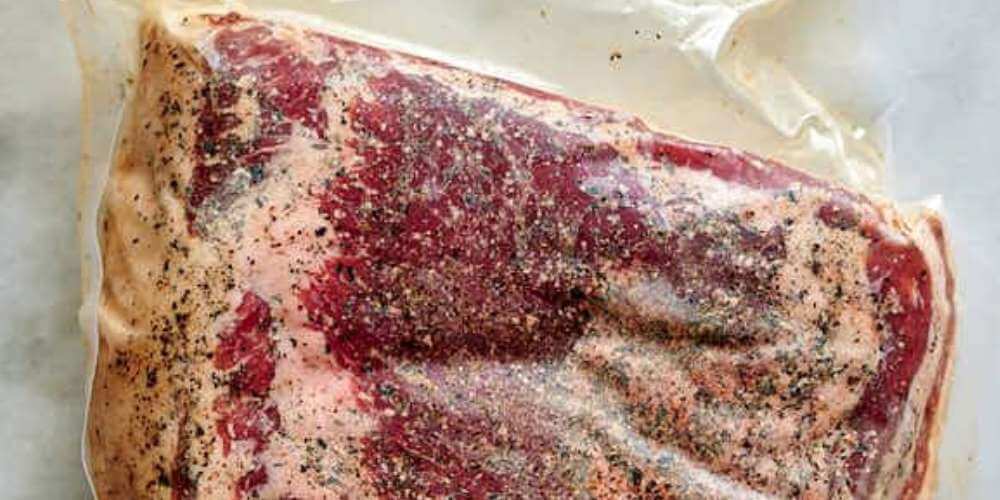 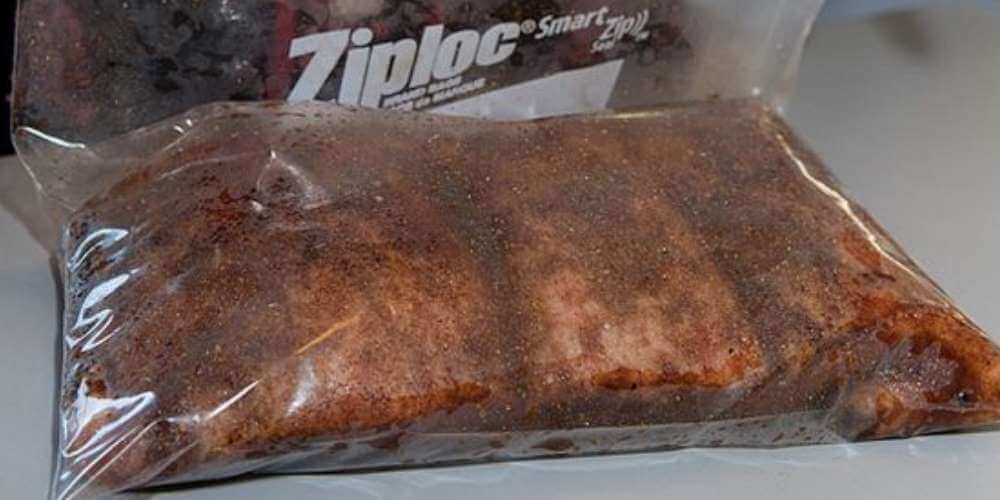 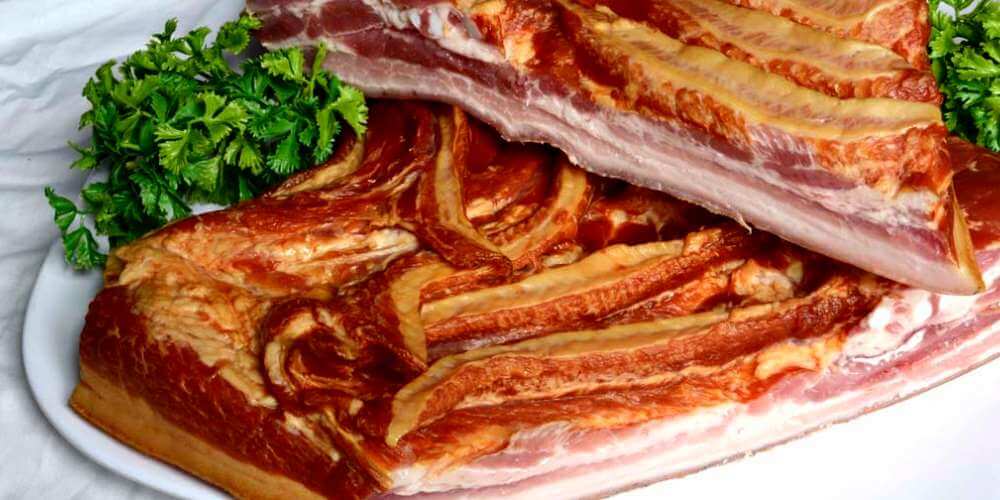 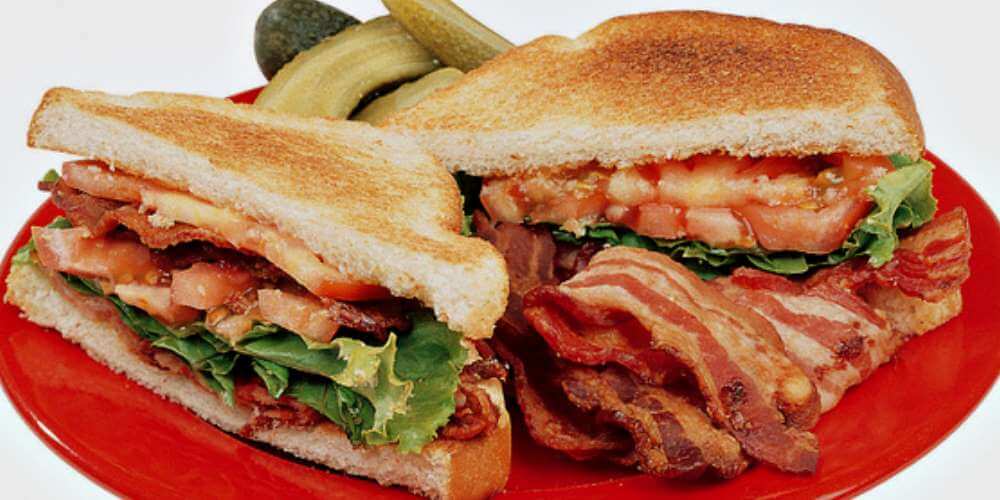 The Meat-Inn Place are a Melbourne-based Low and Slow Butcher shop providing trending meats such as Briskets, Baby back ribs, Tri tip steaks and a large array of smoker cooked American-style BBQ meats, grills and accessories. As well as having generational experience and a local following, this butcher shop was voted Melbourne's best butcher by the Herald Sun. The Meat-Inn Place has grown every year since beginning in Lilydale, in Melbourne's eastern suburbs and now delivering all over Melbourne.